It is a collective work.
Funded by the “Nippon Foundation” (Japan) and the “General Bathymetric Chart of the Oceans” (GEBCO) – co-led by the International Hydrographic Organisation and UNESCO’s Oceanographic Commission – the team and their international colleagues mapped a total of 77 million km².
The results cover an area twice the size of the first map published in 2013, with a level of accuracy never achieved before.

Mountains, abyssal plains, canyons… The IBSCO (International Bathymetric Chart of the Southern Ocean) reveals everything that lies beneath the ice. The shapes are rich and varied, the world below is anything but smooth. 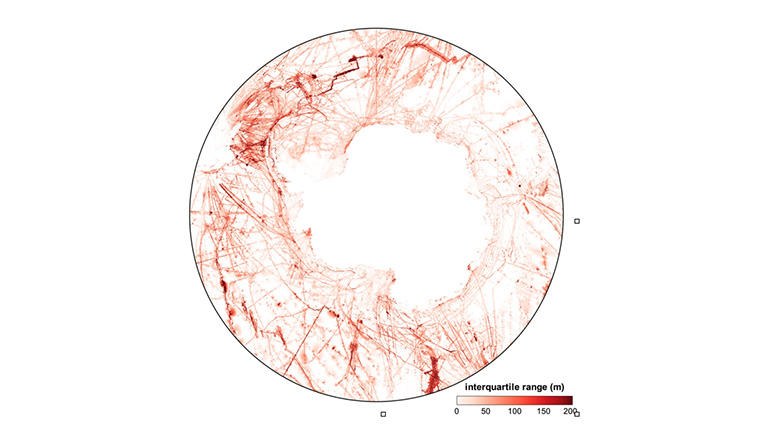 The data used come from multiple sources.
Governments, companies, institutions – many organisations have made their data available to the researchers. And to provide an additional level of detail, the researchers also called on icebreaking ships, powerful vessels that can open up navigation routes in ice-covered waters.
The goal? To encourage them to activate their sonars during the crossings between Antarctica and the southern tip of the continents, and to pass them on to them.
Results: In this way, the researchers collected a large number of depth measurements, or “bathymetry”, which completed their work.

7 432 metres. This is the depth at which the deepest point in the Southern Ocean is located, at least until a possible new scientific discovery!
Thanks to this work, not only the depth is known, but also the topography. This point is in fact a pit, aptly named “Factorian Deep”. The Texas adventurer Victor Vescovo explored it in 2019 with his Limiting Factor submarine. 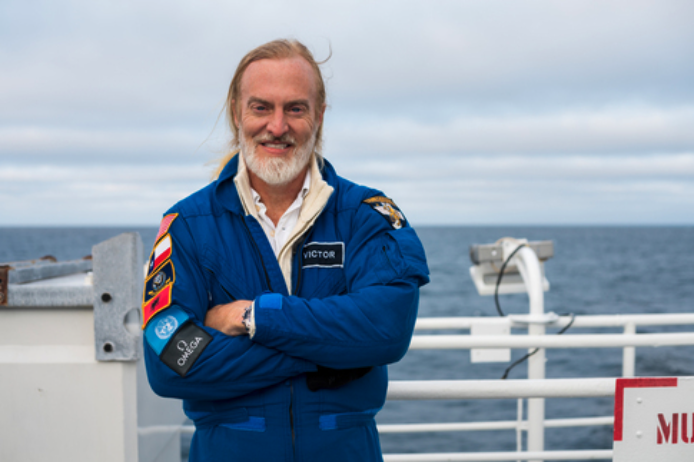 Victor Vescovo, a former US Navy officer who has dived to the depths of the world’s five oceans. Credit: Discovery Communications LTD

This knowledge is precious.
By now being aware of the location of the ridges and mountains, and therefore of the places where animal and microbial biodiversity is concentrated, the institutions now have more cards in their hands to better preserve the ecosystems and improve the safety of navigation in the area and the management of fishing.

The shape of the ocean floor also influences ocean currents and their dynamics: knowing the former means having more information to anticipate the latter. This IBCSO map is therefore a key element for better anticipating future climate.