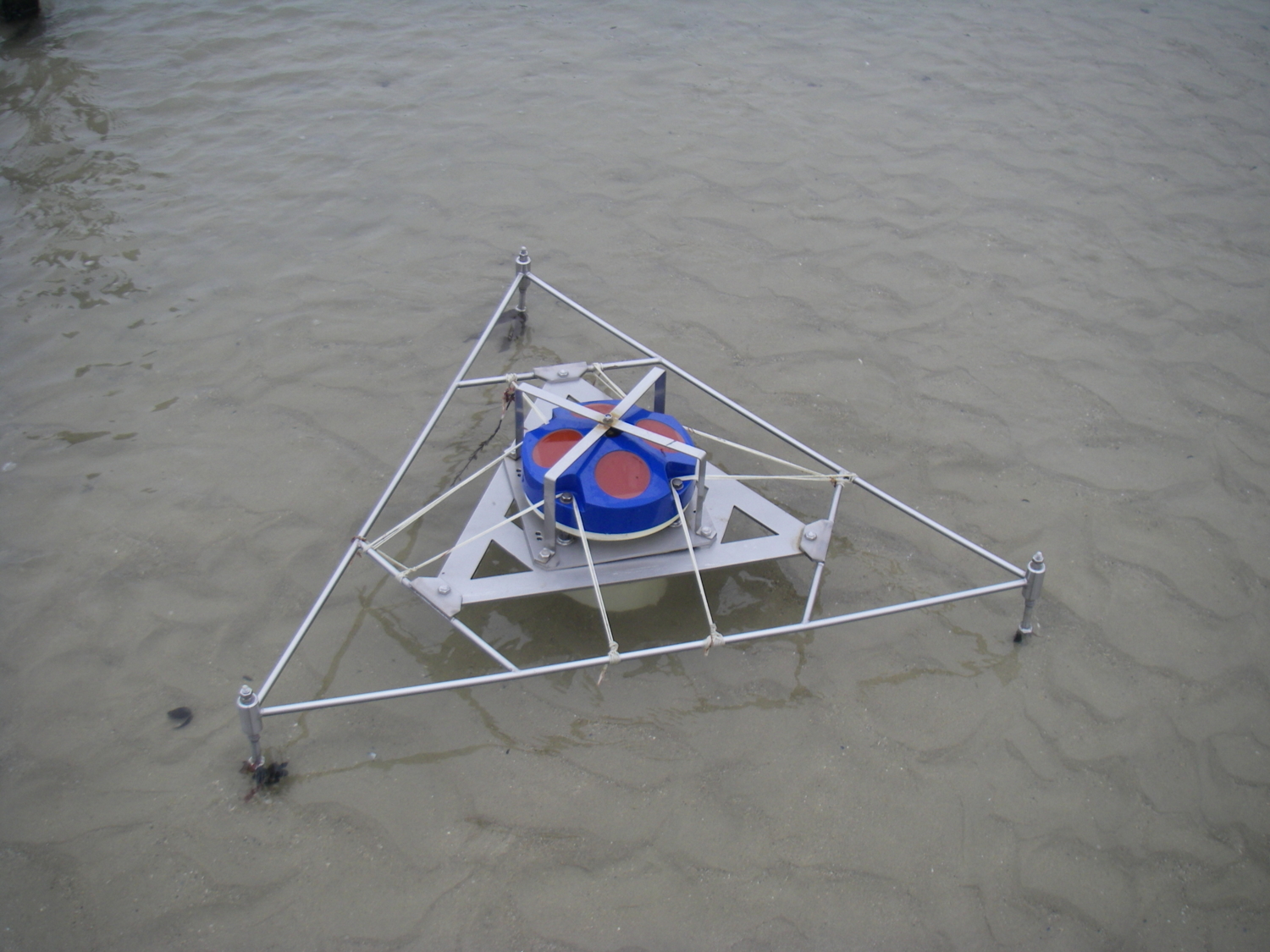 Deployment of an acoustic Doppler current profiler on a chassis. © Ifremer

About 3.5 billion years ago, in an ocean devoid of oxygen, plankton appeared. We then readily recognize that it is at the origin of all life on Earth and an important driver of the carbon pump. These organisms use local currents to perform their daily migration from the surface to the depths, and vice versa. Understanding the movement of water in this vertical column provides crucial information about underwater life and the state of this fragile ecosystem.

Every day, billions and billions of animals, mainly zooplankton as well as fish, shrimp and jellyfish, migrate up and down, and vice versa, in the ocean all over the planet. It is the daily vertical migration.

This migration sustains the entire ocean ecosystem and ensures the proper functioning of the organic carbon pump. It limits the amount of CO2 present in the atmosphere and contributes to climate regulation. Indeed, on the surface of the ocean lives phytoplankton. They are microscopic algae that use the energy of the sun to carry out photosynthesis, transforming CO2 into oxygen. They produce more than half of the oxygen we breathe!

The carbon fixed by these organisms makes it possible to nourish the marine animals of the associated food chain. The particles (fecal pellets, dead cells, detritus) then migrate to the bottom, following the currents. A small part will be stored in the sediments for millennia, another will return to enrich surface waters in the form of nutrients.

Understanding the dynamics of water vertically is therefore essential in the context of the climate crisis in order to estimate the state of health of our oceans. Because if these migrations are disrupted, the entire food chain, on which we rely in particular to feed ourselves, will be broken.

To measure vertical currents and highlight daily migration, Acoustic Doppler Current Profilers (ADCP) are needed. As their name suggests, they are based on the Doppler effect, like speed cameras for cars.

The profiler can be attached to a mooring buoy, directly on the seabed, or towed by ships or unmanned underwater and surface vehicles. On large research vessels, the ADCP is permanently mounted on the bottom of the outer hull.

Diagram of the four beams of an ADCP installed on the hull of a ship. © French oceanographic fleet / Ifremer

And then, how to interpret the data?

The profiler includes a compass that measures its orientation relative to the magnetic field in order to convert the return signal received by the ADCP into “ordinary” coordinates, i.e. north-south, east-west and up-down. Since the sound emitted extends through the water column, the ADCP simultaneously measures the current at several different depths.

It is necessary to know the speed, the rolling and pitching movements as well as the heading of the ship or the vehicle transporting the device, via the GPS. In this way it is possible to determine the speed and direction of the different currents that exist from the surface of the ocean to the bottom. Plotting calculated speed and direction against depth gives a water current profile. 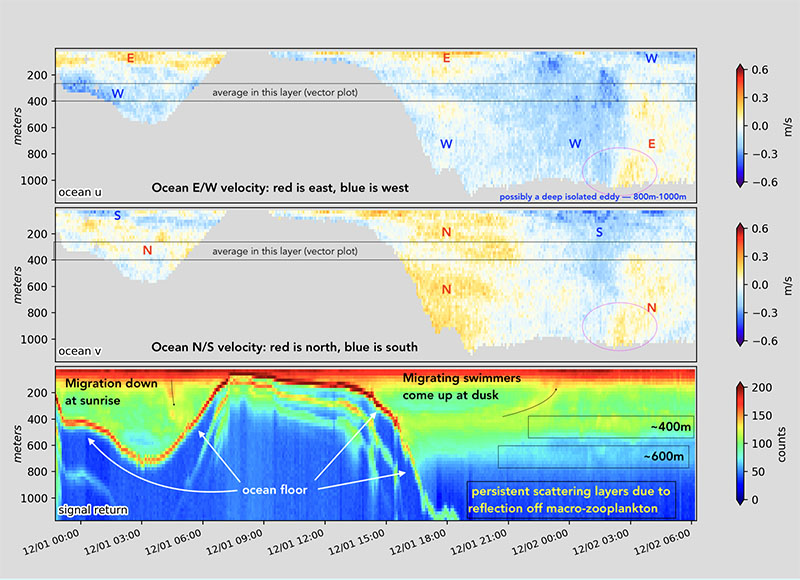 For example, from the current profile above, the researchers deduce three important informations. (1) In the first 12 hours of data, the surface flow (100 meters) goes in the opposite direction to the water below. (2) A sharp transition from a southwesterly flow to a northeasterly flow at about 02:00 in water below 200 meters is not at all visible at the surface. (3) The third panel shows the bright red reflection of the ocean floor, but also shows persistent diffusion layers at about 400 meters and 600 meters and the diurnal migration of zooplankton.

In a recent article from Aix-Marseille University (C. Comby et al., 2022), Caroline Comby and her colleagues present a simple and direct improved method for in situ measurement of these vertical velocities, by comparing different models of profilers (4 or 5 beams) and mode of use (free fall or towed by a ship, or on a mooring buoy). The researchers believe that the 5-beam profiler has better accuracy than conventional ADCPs, just like the free fall technique.

Thus, the measurement of currents is a fundamental practice in oceanography because it reveals to us how organisms, nutrients and other biological and chemical constituents are transported in the ocean and are impacted by the climate crisis.