For the 25th consecutive year of the programme, the PIRATA oceanographic campaign left the port of Las Palmas in the Canary Islands on 28 February 2022. On board, the French team of an international collaboration between France, Brazil and the United States boarded the research vessel Thalassa of the French Oceanographic Fleet for 39 days at sea.

The purpose of the mission is to study the ocean-atmosphere interaction in the tropical Atlantic Ocean by maintaining a network of observations essential for seasonal, weather, climate and ocean forecasting.

The very principle of the annual campaigns of the PIRATA programme (“Prediction and Research Moored Array in the Tropical Atlantic”) is to collect long-term oceanic and atmospheric data in the tropical Atlantic Ocean, a key region in the thermal regulation of the planet, as its role in the redistribution of heat from the equator to the poles is fundamental. El Niño phenomena, cyclones, the African monsoon, but also the commercial activities of populations and the presence of resources… This region is strategic both in its global role on the climate and in the occurrence of meteorological phenomena with devastating regional effects for populations.

However, this year, geopolitical, economic and meteorological factors (late arrival of equipment due to maritime congestion caused by Covid-19, storm Eunice in the Bay of Biscay, Covid situation on board) almost prevented the Thalassa ship from setting sail, illustrating the extent to which what happens on the ocean is also linked to what happens on land.

This vessel of the French Oceanographic Fleet operated by IFREMER thus left with 4 days of delay, but most of the work could be maintained in order to achieve the main goals of the mission.

The aims of the campaign and the means to achieve them

PIRATA is an operational oceanography programme set up in 1997 under the aegis of the international CLIVAR (Climate Variability and Predictability) programme, and carried out within the framework of a multinational cooperation (France, Brazil, USA, countries involved via a Memorandum of Understanding since 2001).

Dedicated to the study of ocean-atmosphere interactions in the Tropical Atlantic, this programme allows each year to deepen scientific knowledge on the link between the ocean and climate variability in this region.

To this effect, the scientific team of 14 people (researchers, engineers, technicians) is in charge of the maintenance of 6 meteorological buoys of the PIRATA network dedicated to the monitoring of ocean-atmosphere exchanges.

It will also carry out other operations and measurements, contributing to the global ocean observation system, such as replacing a current metre mooring, carrying out hydrological profiles, replacing CO2 sensors, deploying drifting buoys and ARGO autonomous profilers, and taking seawater samples for the analysis of numerous physical, chemical or biological parameters along the way.

What data are being studied?

Oceanic observations (temperature and salinity between the surface and 500m depth, surface current at certain sites) and meteorological observations (wind, relative humidity, air temperature, rainfall, incident radiation at the ocean surface), acquired and transmitted daily by the buoys, make it possible to monitor and understand the evolution of the surface thermal structure, transfers of heat and freshwater between the ocean and the atmosphere, and the spatial and temporal variations of currents.

CO2 trade between the ocean and the atmosphere is also assessed.

Finally, although the PIRATA programme essentially consists of carrying out measurements of oceanic, atmospheric and chemical parameters, it will also allow the replacement of acoustic receivers present on 6 meteoro-oceanic buoys (one per site at a depth of 200m) dedicated to the monitoring of marine mammals that have been ringed beforehand, and the taking of samples of seaweed (the Sargasso), crustaceans present on the buoys, and pieces of tuna (if they have been caught) in order to analyse their mercury content.

The range of data collected is wide because ocean-atmosphere interactions are of course complex. The various European and international research institutes and programmes have grasped this fact. 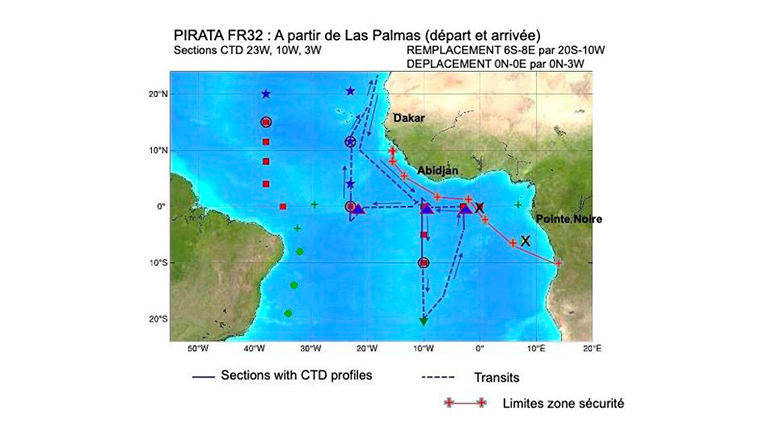 Since 2013, PIRATA has maintained a network of 18 weather and ocean buoys and is a structuring observation network in the Tropical Atlantic for climate forecasting and research, notably in the framework of European programmes. PIRATA contributes to OceanSITES and is a major component of the Tropical Atlantic Observing System (TAOS).

On a national scale, PIRATA has been labelled as a “national observatory” since 2001 and its labelling as a “Service National d’Observations -SNO- Océan-Atmosphère”, essentially supported by IRD and Météo-France, has been renewed for the 2020-2024 period. 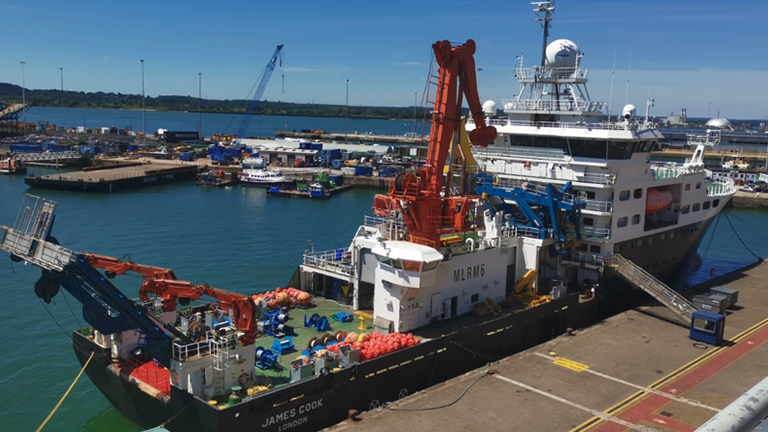 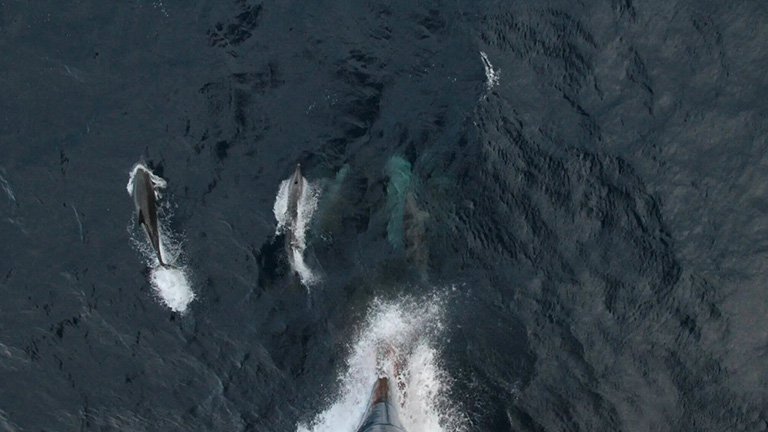